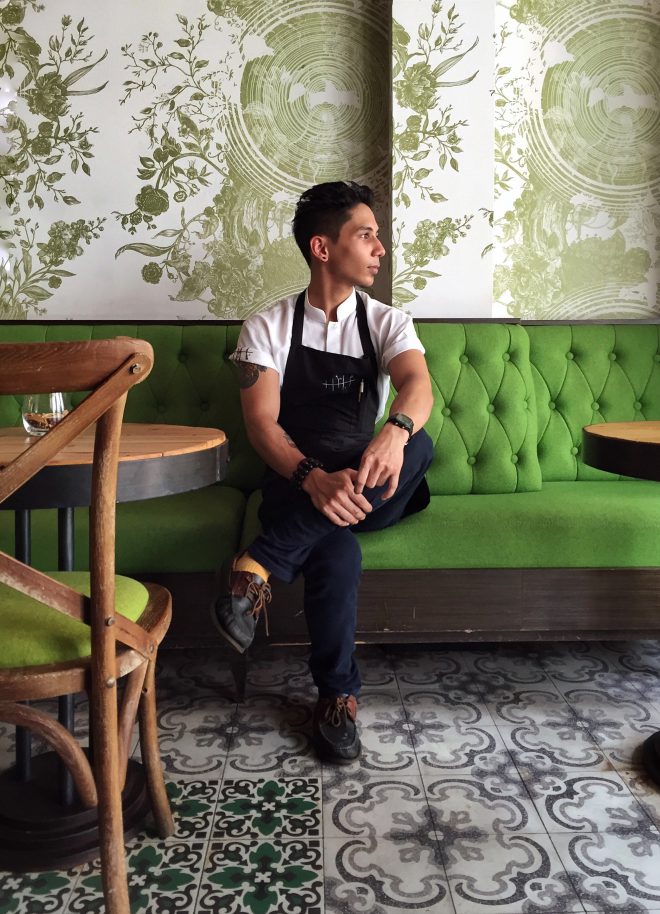 Jon is a bartender at Tippling Club in Singapore. He makes two cocktails for us, one with rum and salt and the second with Bacardi and egg yolk.

Jon introduce yourself
I’m Jon Lee from Malaysia and I previously worked as a chef for four years, before I decided to move into bartending. As soon as I started working behind the bar I immediately fell in love with it. I was fortunate enough to be offered a job at Tippling Club in Singapore and work with Joe Schofield who is an incredible mentor. During this last year I’ve learnt so much from Joe and I’ve got into the top six of the Bacardi Legacy Competition with my drink Vida Rica.

The bar you dream of
My dream bar would be in Singapore or Sydney. It would be innovative in terms of concept, the type of cocktails and interior and have an emphasis on hospitality. I would love to open it with my friend Kenzo, who is a composer and he would create music that was made to go specifically with the cocktails. It would seat around 40-50 and have two bar stations. As I’m a former chef, I would definitely have food and preferably that paired with the drinks. There would be a recording studio in the bar, so guests could watch Kenzo creating the music. He actually composed a track that accompanied my Bacardi Legacy cocktail, Vida Rica. The drink is Cuban based with a lot of cooking methods involved, so the soundtrack combined deep house and cuban beats, which is very loungey and super relaxing. The track was played while I made the cocktail to enhance the experience of tasting the drink.

What do you do in your time off
On my days off, I hit the gym, eat, then go and explore new bars to see the way different people work, what they are making, new ingredients, etcetera.

The spirit you like the most
I really like the complexity of gin, with the flavours from the roots, flowers and berries. You can do so many things with it.

What makes a good cocktail and which product do you want to highlight at this moment
Balance of flavours, temperature and service.

I would say customers are my favourite ingredient (not literally). They often suggest ingredients that will shape the drink they would like to have. I love trying new things, so really enjoy when a guest asks for something new or unusual.

Where do you think we need to go to interview another bartender?
You must meet Natasha Capol from Palmer & Co in Sydney and of course Joe Schofield from Tippling Club in Singapore