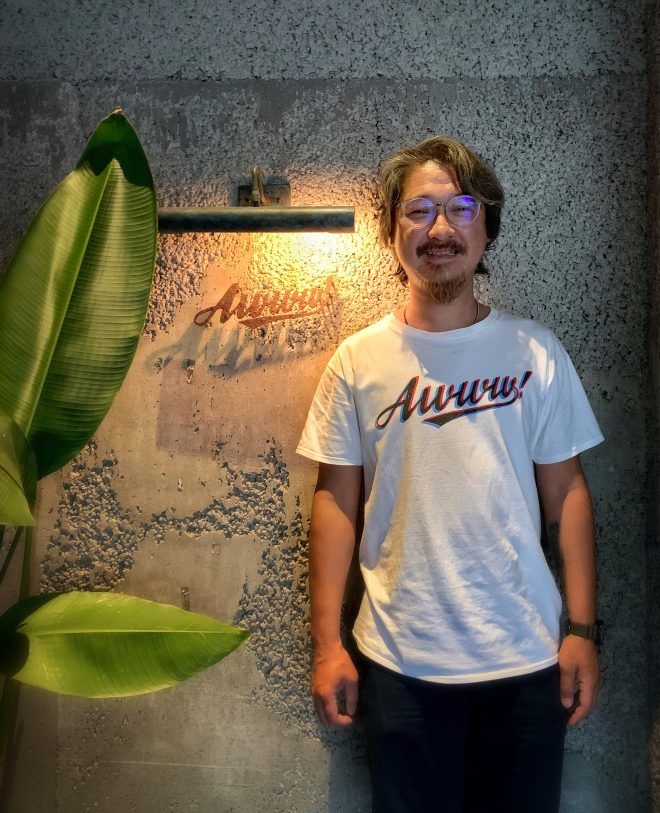 CK Kho is the owner of Coley in Kuala Lumpur. He makes us two cocktails, one with Gin and Genever and the second with White Tequila infused with Roasted Peanuts and White Vermouth.

CK introduce yourself
I’m Ck Kho and I’ve worked in this industry for more than 17 years, after graduating from my Hospitality course at college. I chose to work behind the bar because I like the interaction with customers. I began working in different types of clubs, then moved to a Spanish restaurant and bar (La Bodega) where the cocktails were sharper. After that, I started to work with a group which owned restaurants and bars. In an intense two years, we opened three restaurants and three bars. We also launched a pop-up bar, which moved location every six months. After the third pop-up, the boss thought that it was too much work regarding the returns, so I decided to open Coley in the location of the last pop-up. It looks like a cafe with a back area where you drink the cocktails. I named the bar Coley as I really like the Hanky Panky, so it was a homage to Ada ‘Coley’ Coleman, the woman who invented the cocktail

The bar you dream of
For me, it would be a Malaysian style dive bar, inspired by the local culture and handicrafts. An easy-going place for around 60 people with rice wine, beer and cocktails made with local ingredients. We would have local food too and play old school Malaysian rock music.

What do you do in your time off
I go four-wheels driving to the jungle (it’s are only a couple of hours from KL), with friends and we hang out at the waterfalls.

The spirit you like the most
It would be mezcal. I like the smokey and earthy flavour it adds to a cocktail.

What makes a good cocktail
It’s the experience of the bartender and the way they interact with a customer. You can find good products everywhere, but the bartenders use of the ingredients, technique, and knowledge is what will make the difference between a good and a bad drink.

What ingredient do you enjoy using in cocktails
I like working with Fernet Branca. It’s bitter and strong but it matches well with fruity and herbal cocktails, as you have the same kind of flavours in it. In a Daiquiri, it works perfectly.

Where do you think we need to go to interview another bartender
In KL, you should go to Sakura Den where Arsenio Mariano Jr. is a consultant. He is one if the veteran that leading the cocktail culture in KL.. And go to  Jungle Bird, which is a rum bar.