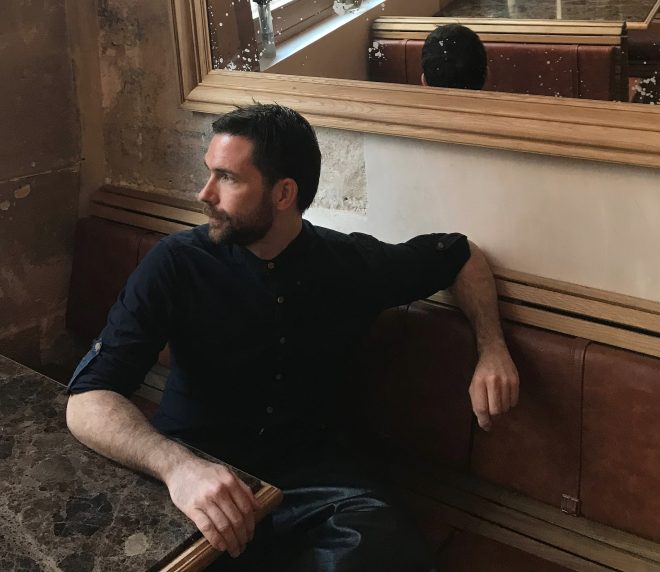 Sebastien Gans is the head bartender at Carbon in Paris. He makes two cocktails for us, one with Mezcal and Homemade Vermouth and the second with Rum and Sherry Oloroso.

Sebastien introduce yourself
I originally studied cinema because I wanted to be a director. After my studies I decided to travel, so to pay for my trip to Canada I had two jobs. During the day I was a builder and during the evenings I worked as a bartender in an absinthe bar. I was in Quebec for three years filming and editing, whilst still working in bars during nights. I came back to Paris and after a year realised there was not enough work in the cinema industry, so returned to the bar industry. I started at Le Fumoir, which was a real training ground for me to understand the whole hospitality industry and expand my techniques. I decided to focus on cocktails and Stanislas trained me every Tuesday during our master classes at La Maison du Whisky. I finally understood it was more than just a job, but a serious career choice. I left Le Fumoir and moved to Le Coq, then I was at Candelaria for four years where I became head bartender. I left Candelaria one year ago to open my own consulting company called Please and launched Carbon with my partner Thomas. It’s nice to have two bars with two different ambiances. The ground floor has cocktails on tap which is a real technical challenge and in the basement it’s more about storytelling and visual drinks.

The bar you dream of
My dream bar would be influenced by three bars : Artesian, 69 Colebrook Row and Operation Dagger.  Artesian for the madness, storytelling and the quality of the service. 69 for the technique and flavour of the cocktails and Operation Dagger for taste of the drinks and the interior, it’s just perfect. So in my bar the drinks would be like 69, the design and storytelling like Operation Dagger and the level of service would be like Artesian. It would be like a mix of Kubrick, Scorsese and Kurosawa, it sounds weird and impossible, but would be incredible. I’d have three bars located in the three countries I love the most… France, Mexico and Japan.

What do you do in your time off
I try to spend most of my time with my family, but I also work on other projects with my company. I use to go fishing or wandering in the countryside, but now with a baby we have less time for that.

The spirit you like the most
To drink and work with, it’s mezcal without a doubt. But to be a little more provocative I would say vodka. It’s unfair to criticise vodka when you can do so much with it, without changing the taste of others ingredients and it’s so good when you fat wash it.

What makes a good cocktail
On top of balance, I think it’s about the proposal. Now people try to create stuff, even if a lot has been done. So it’s more how you re-adapt, like they do in cinema. It’s how you will create an emotion and the storytelling is important for that. You quickly forget a good taste, you need something more.

What ingredient do you enjoy using in cocktails
Sherries. They make you come back, as they create an infinity loop, which is fresh and complex at the same time. It’s like experiencing summer and winter at once. At the moment I am into non-filtered manzanilla or sometimes oloroso.

Where do you think we need to go to interview another bartender
You have to go the three bars I spoke about before. Artesian now with Remy, 69 Colebrook Row, Operation Dagger and you should also interview Thomas, who is my partner here.