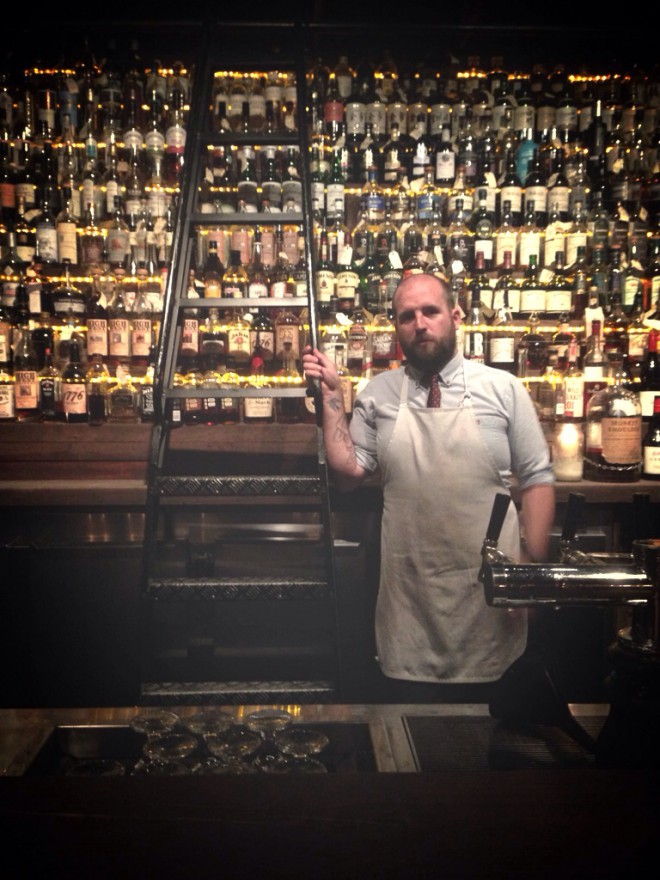 Steve is a bartender at Baxter Inn, Sydney. He shows us 2 cocktails, one is Rittenhouse Rye Whiskey based and the other one is blended whisky infused with violet and peaches based

Steve introduce yourself
Hi, I’m Steve Crozier from Baxter Inn, Sydney. I started bartending at University. Uni was full-time and bartending was part-time. Soon it became Uni was part-time and bartending was full-time and then, Uni became non-existent. I just fell in love with the industry and the people, the atmosphere it created… I was enthralled with it. I landed a great job at 18, working with a prolific team of bartenders led by Robert “Skippy” Jupp, from Mojo in Leeds. I then moved to Milk and Honey in London which was a massive spike in my career, then onto Trailer Happinness (which is all about rum). I have been bartending for 14 years and have been at Baxter Inn in Sydney for 7 months.

The bar or party you dream of
Something close to Baxter Inn, but with a food attachment. Doing one thing and doing it well, my ideal would be a burger or a margarita pizza. But the bar would have huge amounts of liquor, like whiskey or rum. It would be underground, dark, dimly lit and a party bar. When I go out, I like a good beer and somewhere relaxed with good music and a good selection of beers and wine.

The spirit you like the most
Definitely whiskey, purely because it’s such a great category at the moment. Especially with all the Japanese whiskies right now, they have really interesting flavour profiles. For mixing I use combinations, a spicy and a peaty, so you are really creating your own blend.

Where do you think we need to go to interview another bartender
The Everleigh in Melbourne and talk to Michael Madrusan. He spent a lot of time in New York at Milk and Honey and it’s a similar style to that. He makes the best classics you can get, they’re amazing.