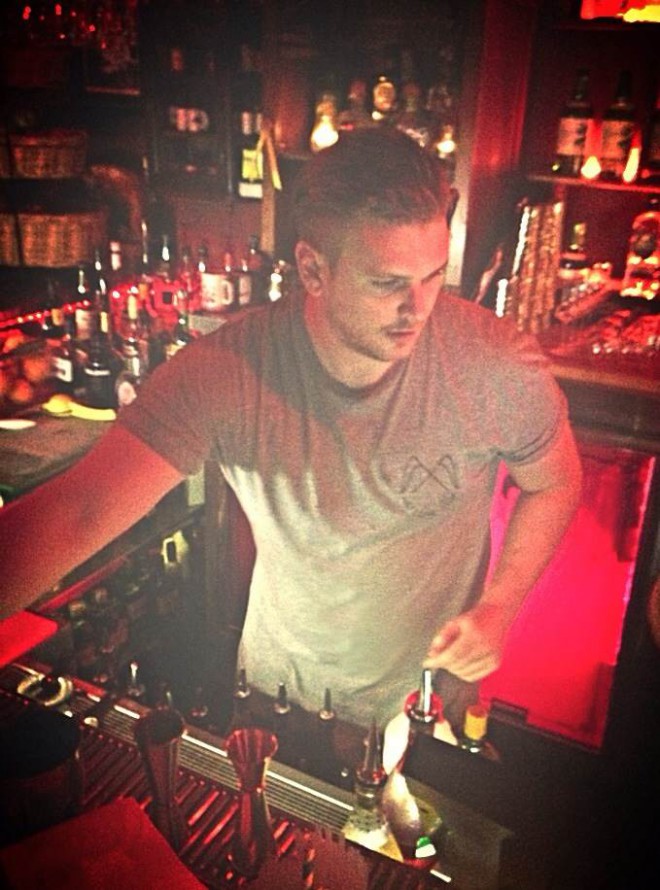 Stephen is a bartender at Uncle Ming’s in Sydney. He shows us 2 cocktails rum based

Stephen introduce yourself
I’m Stephen, from Uncle Ming’s in Sydney. I’ve been bartending for 2 years and I am the current General Manager of the venue. I actually started my career in foreign exchange, which is how I met the owners of this bar and they asked if I would like to work here and I fell in love with it. It was not about the money, because there are other ways to make more, it was about the customer interaction, the passion and the people you are surrounded by. I chose cocktails in particular, because of the creativity, working with formulas that have been around for years but re-inventing them.

The bar or party you dream of
That’s a hard one… nothing too serious, a place where you know you’ll get a good drink and have a great customer experience. For me, it’s all about the customer, as long as they are happy.

I actually love this old RSL club around the corner (The Barracks). You sit down there, everyone is from a different generation, there’s cheap beer, great conversation and brilliant characters.

The spirit you like the most
It varies a lot, but at the moment I’m really into rum. Rum is awesome and I prefer Diplomatico, because of it’s simple vanilla sweetness.

What makes a good cocktail and which product do you want to highlight at this moment
Simplicity. Fresh ingredients, ratios and texture. I think that’s really important and can sometimes get overlooked.
What I’d like to highlight is un-pasturised beers, I just had 2 custom beers created for Uncle Ming’s by a small brewery in the suburbs. I worked with them for 2 months on the recipes, a pale ale and a malt ale. So I want to highlight going back to traditional methods of production.

Where do you think we need to go to interview another bartender?
Papa Gedes, run by 3 people who have been in the industry for years, in my opinion has some of the best drinks in Sydney and incredible customer service. The drinks are good, but I was blown away by their hospitality.